22nd May 2018 By Steven HaggertyNo Comments 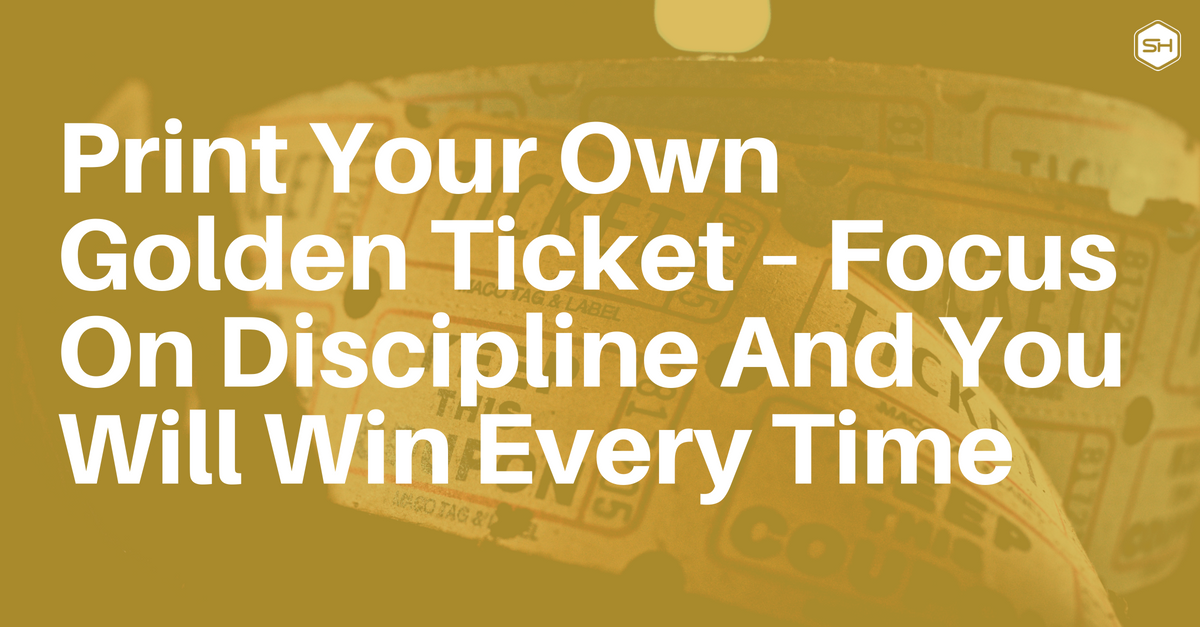 Have you ever seen the “Charlie and the Chocolate Factory” movie? Have you? But do you remember what the turning point of that movie was?

It all starts when Willy Wonka announces that 5 Golden Tickets have been randomly placed in 5 chocolate bars worldwide. And the lucky ones who will find the Golden Tickets will be given a full tour of the Chocolate Factory along with a lifetime supply of chocolate. On top of that, one ticket holder will get a special prize at the end of the tour.

After the first 4 ticket holders were announced, a poor boy named Charlie finds the 5th Golden Ticket. He got an offer to sell the ticket for $500 but he resisted to the temptation because, for Charlie, the Golden Ticket represented a chance for a new life, a change, an opportunity.

Something that he desired, he wanted and he needed. And that Golden Ticket for Charlie was a once in a lifetime chance for him to go after the life that he wants.

But here’s the thing, it’s going to get maybe a little bit depressing, but it is necessary to be told:

There’s No Golden Ticket In Real Life, No Matter How Much You Wait For Your Chocolate Factory Moment.

That’s why you need to stop waiting for the Golden Ticket to come through your letterbox.

Now, I am telling you all this because I know how tempting it can be to look at someone who has achieved success and say: “They got lucky, they got given their Golden Ticket in life.”

And why do you think these people are the way they are? It’s because they didn’t wait. They didn’t wait for the opportunity to arise, but instead, they created their own opportunities for success.

And you know what else? You too can create your own Golden Ticket life, but there is something else that you need to know, and that is:

It’s easier to hope for things to get better. Or even wishing that you may be struck by luck and be granted that promotion.

In the “Charlie and the Chocolate Factory” story, there were 5 Golden Ticket holders, right? But even so, only Charlie managed to change his.

The other 4 ticket holders had their journey cut short because they’ve let their greed decide for them.

You know, we all have weaknesses and temptations. And I’m sure you’ve been through moments when you had your back against the wall and you felt that you couldn’t take it anymore, or maybe you were too tempted to quit.

But that’s exactly why discipline is so important. Because those are the moments when you need to have the power not to give up. And the only way to get stronger and not indulge to your temptations is by getting disciplined.

Here’s what I’m trying to say.

Just think about the people you look up to. The people that influence you or inspire you. We all had that one boss that really made an impact on our lives.

I’m willing to bet money that 9 out of 10 people that you just thought about printed their own Golden Ticket.

They printed their own Golden Ticket through hard work, direction, strategy, focus, and accountability. Just like you, they had their moments of adversity as well.

Just like you, they sometimes had their back against the wall.

Or maybe, you don’t even realise that you’re holding the Golden Ticket in your hands right now. The opportunity you’ve been waiting for is right there in front of you. And all you have to do it go and take it.

This is exactly the reasons why most of the stuff that I put out there is around awareness. Because it’s so vital.

Being aware of yourself and your surroundings is what will point you in the direction of your Golden Ticket. That’s why being aware is so important.

Have the discipline to enjoy your life. All these things come about from behaviour patterns in you.

You Can Have Whatever You Want, As Long As You Have The Discipline To Find The Strategy, The Focus, And Guidance.

Look, I have to be honest with you. I understand that sometimes you need something more than just awareness.

Sometimes when you have your back against the wall and you are doing your best to push forward, the situation may seem overwhelming.

Something may hold you back. Could be self-doubt. Or maybe you’re afraid. Whatever it may be, I want you to know that you’re not the only one going through that.

If you have the discipline to take small daily action to move forward, I will give you the blueprint on how you can start printing your own Golden Ticket.

I will show you how you can be self-aware of what is holding you back.

Hit the link below to book yourself a free call where I’ll help you put together the strategy to move past your self-doubt and on to building more opportunities in your life.

I’ll speak to you soon.

This site uses Akismet to reduce spam. Learn how your comment data is processed.